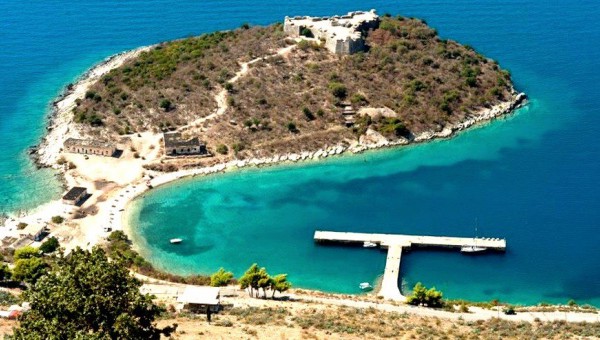 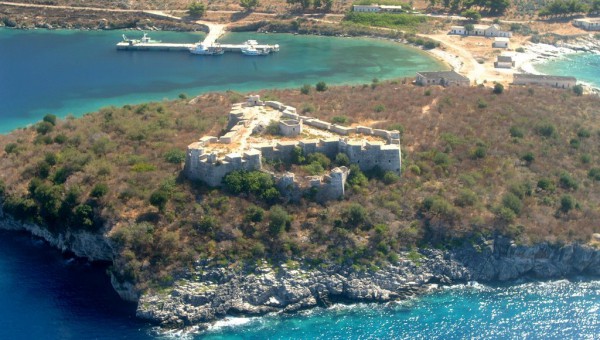 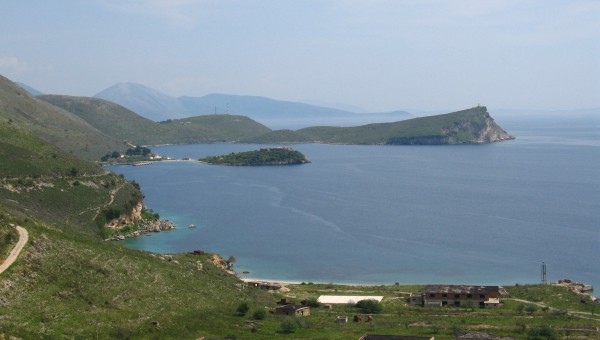 Porto Palermo Castle is a castle near Himarë in southern Albania. It is situated in the bay of Porto Palermo, a few kilometers south of Himarë. The well preserved castle is commonly, but wrongly, asserted, by guide books and the local tourist guides, to have been built in early 19th century by Ali Pasha of Tepelena. It looks to have been built prior to the evolution of the star fort design. Most probably it was built by the Venetians as it could be relieved by sea and it has the same triangular plan with round towers found in the Venetian fort at Butrint. In 1921 the castle was called Venetian. At that time the identity of its builders ought to have been clear, from a plaque above the entrance gate. This plaque is now missing but the weathering of the stones clearly shows that it has not been missing for many decades. Almost certainly this plaque had a carving of the lion of St. Mark. The most plausible explanation of the error found in the guide books is a rewriting of history in the communist period. Re-ascribing a colonial legacy to construction by an Albanian fits a nationalist isolationist agenda.The castle would have been vulnerable to cannon fire from the hill above and this also suggests an early date for its construction when cannon had not developed the range they had later. In 1662 the Venetians feared the Turks would recondition it. In 1803 Ali Pasha offered the castle and port to the Royal Navy. At which time the fort only had 4 or 5 cannon implying that Ali Pasha did not see the fort as important for him. The distance from the village of Borsh is around 10km. 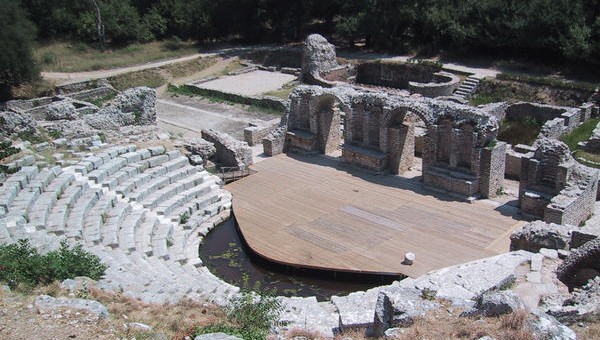 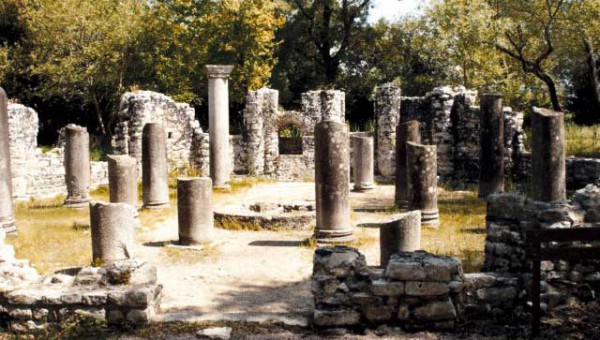 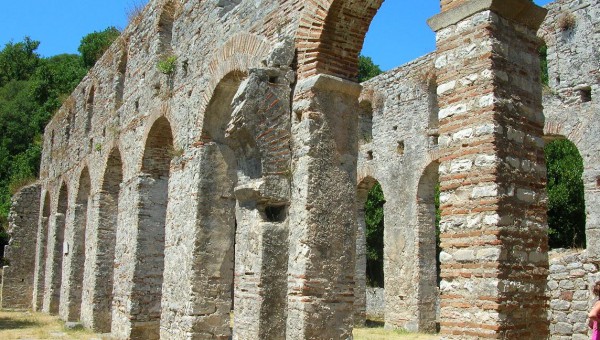 Butrint, ancient Buthrotum, a port from Hellenistic to Ottoman times, is a UNESCO World Heritage Site in south-west Albania. Situated on the Straits of Corfu, and surrounded by a picturesque lagoon, it is one of the most remarkable archaeological sites in the Adriatic Sea region.
Following twelve years of archaeological excavations and major investment in site management, the site and its museum make it an exceptionally attractive place to visit. A short ferry or hydrofoil trip from Corfu will bring you to the Albanian port of Saranda, from where you can reach Butrint, 20 km to south, by either bus or taxi. The distance from the village of Borsh is around 50km. 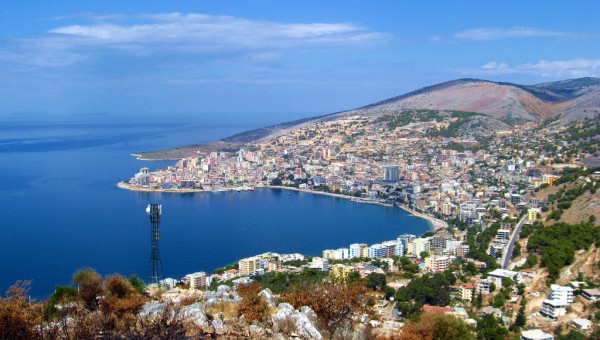 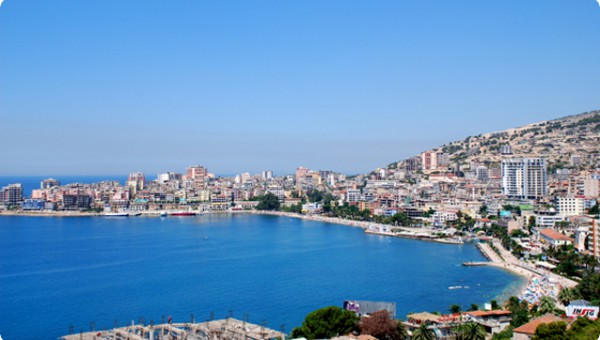 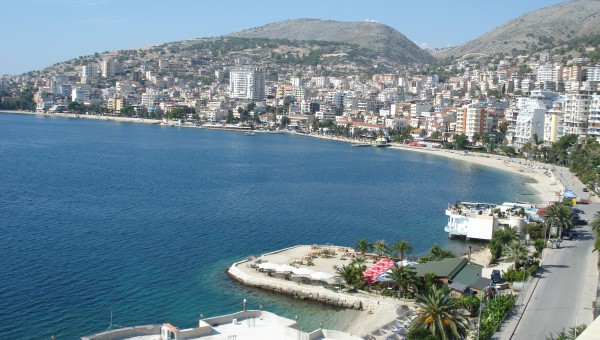 Saranda or Sarandë is the capital of the District of Sarandë, Albania, and is one of the most important tourist attractions of the Albanian Riviera. Saranda is located in southwestern Albania along Ionian Sea only a few miles from the Greek Island of Corfu. It has a population of about 30,000. It is nearly 284 km from Tirana and 267 km from Tirana International Airport. Based in Saranda you can visit: ancient city of Butrint a UNESCO World Heritage Site and one of the most important archeological finds in Albania and the Balkans, the ruins of ancient town of Onchesmus, Ethnographic Museum, the “Blue Eye” natural spring, ruins of Foinike in Finiq village, the small Castle of Ali Pasha in Vrine village, the Church of “Saint Kolli” in Mesopotam village as well as the beautiful Ksamil Islands. The distance from the village of Borsh is around 35km.